Immunoassay – An immunoassay is a biochemical test designed to measure the concentration or presence of a macro or micro molecule usually in a solution such as cell culture fluid, serum or plasma. The principle structure of an immunoassay is the typical sandwich ELISA. (See Figure 1)

ELISA – An ELISA assay or enzyme linked immunosorbent assay is usually a solid phase enzyme immunoassay where a capture antibody is attached to a solid surface such as wells of a 96 well polystyrene ELISA plate. The capture antibody is able to bind and capture the macro or micro molecule present in the tissue culture supernatant or serum that is added to the wells. Then a detection antibody conjugated to a reporter molecule such as horseradish peroxidase is added to the wells and it binds to an alternate epitope or binding domain on the captured molecule to be detected. This format is typically called a sandwich ELISA and is the most common of the ELISA formats. The antibody pair used in a sandwich ELISA are typically termed a matched pair because they each bind to a unique epitope or binding domain of the molecule to be detected without interference to each other enabling both antigen capture and detection.

Enzyme Substrates –  The enzyme substrate is used to detect the presence of the detection antibody conjugated to a reporter molecule such as horseradish peroxidase or alkaline phosphatase. A chromogenic substrate such as TMB or ABTS is a compound that after reacting with an enzyme, generates a colored product that is measured using a plate reader based on absorption of light or percent transmission of light at a specific wavelength. Chemiluminescence substrates convert chemical energy into the emission of visible light as a result of oxidation or hydrolysis. Two chemicals such as an enzyme and a substrate react to form an excited state intermediate which then breaks down releasing energy in the form of photons. View Leinco’s ELISA enzyme substrates here.

ELISA Plate Coating Buffer – The correct ELISA plate coating buffer is a critical component of a plate based assay. The correct mixture of ions and pH help optimize the coating of an antibody to a polystyrene solid surface. In addition, special structural preservatives can be added to retain the antibody activity for long term storage after drying.

Blocking Buffers – Specially formulated blocking buffer solutions are commonly used in ELISA and other immunoassays to block excess binding sites and to reduce non-specific binding of detection antibodies or secondary antibodies. Depending on the sample origin and assay being developed, Leinco offers a range of blocking buffers containing mammalian proteins, full synthetic or fish proteins to maximize your assay’s signal to background ratio. 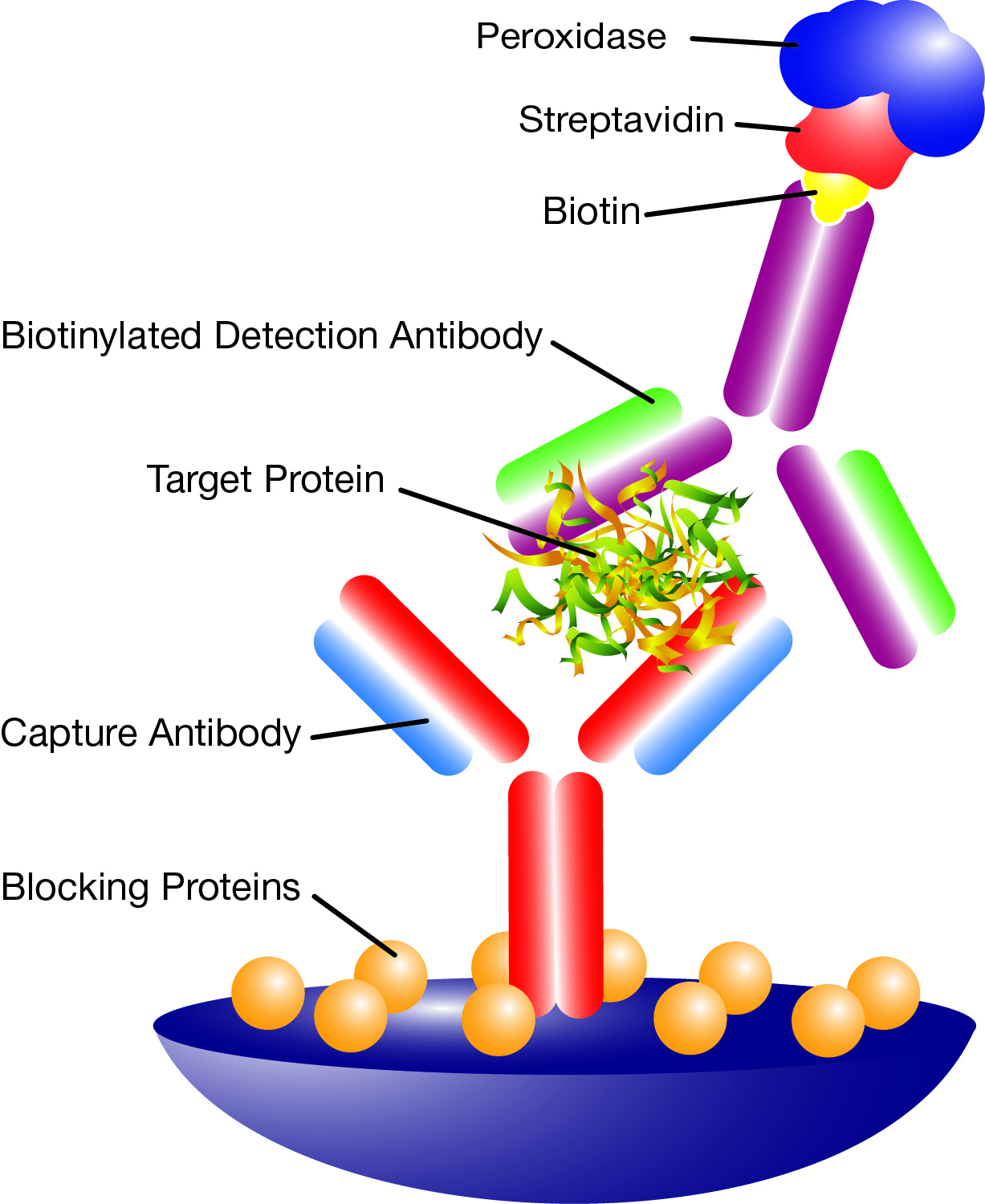